Saturday the 23rd of November we presented our language project at the Everyday Africa day of the Netherlands Association of Africa Studies.  We (Margot van de Berg, Leopold Messan and Josefien de Kwaadsteniet) were very happy with the interest shown in the project. Read more about it here!

During our visit to Togo in August 2013, a kickoff meeting took place organised by the Ministry of Tourism, supported by the UNWTO and the UNDP. This meeting was a follow up on a meeting organised in April with the objective to initate the development of a tourism masterplan for Togo. From information sources of the UNDP, the UNWTO and the Togolese Minstry of Tourism the following can be summarised with regards to tourism development in Togo.
UNDP will contribute to the master plan as part of its support for government’s strategy for accelerated growth and promotion of employment. “Tourism is essential for the Togolese economy. Togo has real potential and can reach the position it held several years ago,” Ms. Lo N’Diaye said.
Tourism in Togo has high growth potential. In 2011, the country received 325,633 tourists who generated income of nearly CFA franc 20 billion (approx. US$40 million). At nearly two percent of the gross national product, this income is similar to the rest of the West African Economic and Monetary Union, according to the Togolese ministry of tourism. The country is aiming to increase the contribution of tourism to its national economy from two percent to seven percent by 2020. Through diversifying destinations and boosting tourist arrivals, tourism in developing countries like Togo can contribute to poverty reduction as it offers significant opportunities for employment creation, local economic development and integration into the international market.
To be kick-started by the World Tourism Organization (UNWTO) over the next 10 months, the first stages of the tourism master plan will involve a detailed situation analysis of Togo’s current tourism services and the development of a long-term implementation strategy, including recommended strategic directions and cost estimates for activities to be implemented by 2018.The masterplan will provide a coherent framework for mid-term goals and activities, ultimately aimed at boosting the country’s tourism industry and improving employment opportunities.The project will help integrate tourism into the broader development agenda and build the country’s competitive advantage - important given the UNWTO estimates that by 2020 there will be 1.6 billion international tourist arrivals worldwide, with Africa expected to receive 75 million of them. The budget for this 15-year sustainable development project is US$450,000, with US$319,000 contributed by UNDP and US$131,000 by the Togolese government.
“This is something tangible,” Togo’s Minister of Tourism, Christophe Tchao, said during a launch ceremony for the plan, together with, the United Nations Development Programme (UNDP) Resident Representative in Togo, Khardiata Lo N’Diaye, and in the presence of the Minister of Planning, Development and Territorial Development, Mawussi Djossou Semondji.
For more information on tourism in Togo, see UNDP/PNUD website, or .the National Tourism Portal of Togo.

We look forward to meeting you at the Afrikadag in Almere (http://www.afrikadag-almere.nl) where we will have a stand to inform you about Togo, our projects and products. Woezon!

The leader of the group closes his eyes to recall songs that he has been singing for more than half a century and his parents, grandparents and grandgrand parents since they moved from Benin to this village. When he starts singing, the others join in, men and women, old and young. The more they sing, the more they become enthousiastic to recall more of what has almost been lost. 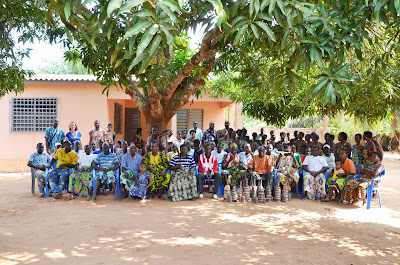 We were there with a team of linguist researchers to record their songs and music and to develop a product to keep the words alive for future generations. More detailed information on this will follow soon. We want to thank all the people that participate in this heartwarming project: the Adjoguin people and the research team: Dr. Margot van den Berg, Elvis Rescue and Kenelka Tagba.
Gepost door Josefien op 00:00 Geen opmerkingen:

Impressions of the Africa Festival in Hertme 2013

This years festival was a real succes: hot weather, groovy artists and great people passing by our stand. A big thank you to Leopold and Olivier Beens, our super volunteer. 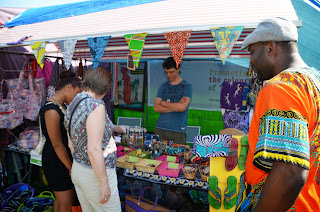 Join us to discover the rich history, culture, people and nature of Togo!

Because of its unfamiliarity Togo is an ideal destination for the adventurous traveller. You can do many different things:
- explore the coastline, peppered with voodoo culture, fishing villages and production of palm oil, coconut oil and sodabi
- hike or bike in green hills surrounded with coffee and cocoa fields, colourful butterflies and refreshing waterfalls 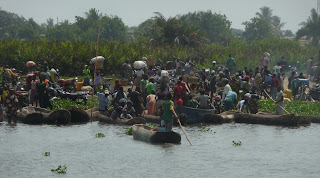 - visit beautiful markets and taste all kinds of local produce women sell
- watch traditional weaving
- discover how products like baskets, pottery, palmwine and palmoil are being made
- participate in many of the cultural festivities
- dive into local village life
- see how people used to make iron in huge iron furnaces and how iron is being made nowadays, still by hand

Responsible travel
Togo Tourism & Development is committed to tourism with a focus on people and environment. Our tours contribute to local development and empowerment, and guarantee a unique travel experience.

Practicalities
We travel in a small group by minibus and stay in basic hotels, with local families and in tents. The price of the tours depends on the number of travellers, with a max. group size of 8-10. We look forward to welcoming you, woezon!

We are happy to announce that we managed to get a GO for a food security project of a partner organisation in Togo! See more under 'development projects'.
Gepost door Josefien op 15:58 Geen opmerkingen:

Spring is in the air! Get some sun and color on your feet with handmade sandals freshly arrived from Togo.

Check out our collection for women and kids.
New: shoe bags of African pagne to carry your sandals in your suitcase/backpack.

Join our Togo-Percu-Relax weekend in France, May 2013!

NOW 30% reduction of price, check below! 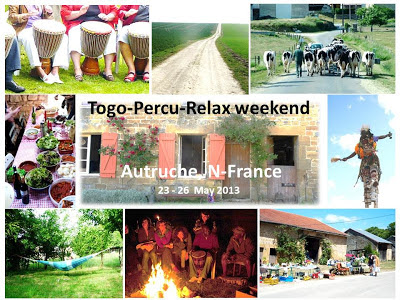 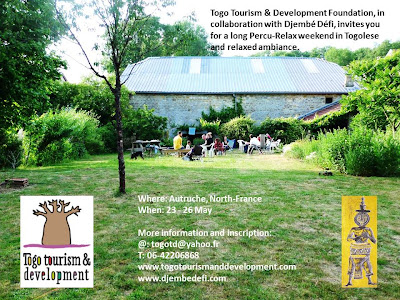 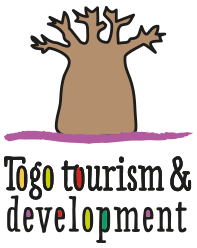